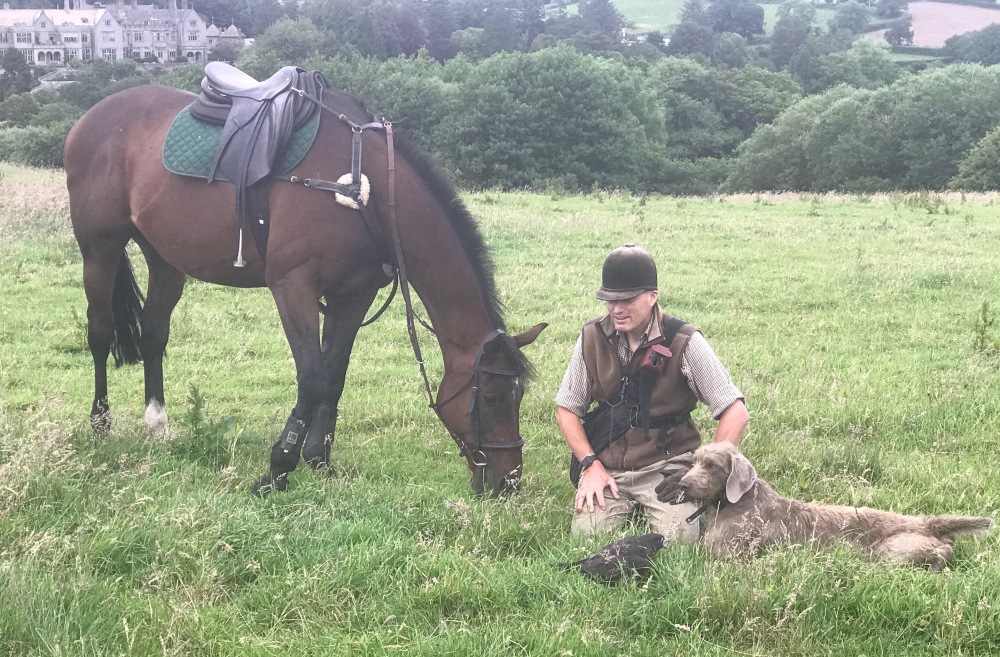 We’ve only ever had One Falconry pony that came here that appeared ready made, and that was Tommy (Myladtommy )…actually he’d never been near a hawk but took to it so instantly that we never had a chance to make him as such it was already in his fantastic personality

So I thought I’d bore you with the way it should and tell you about Weaam’s ( the Weeble) journey with us, he’s now been with us 7 weeks and his training could have been used to write a text book.

He came from the Midlands and after giving him a couple of days to settle in and see more of his personality ( he’s a very gentle little soul) we started the gentle introductions , starting on the ground

We’ve always found Artemis is good for first approaches, being hooded she is not going to over react and she has a more deliberate movement, not the sudden sharp flap of a smaller hawk.that all went fine so we introduced him to smaller hawks, bells etc, none of that went badly at all, just a bit of reassurance to him. 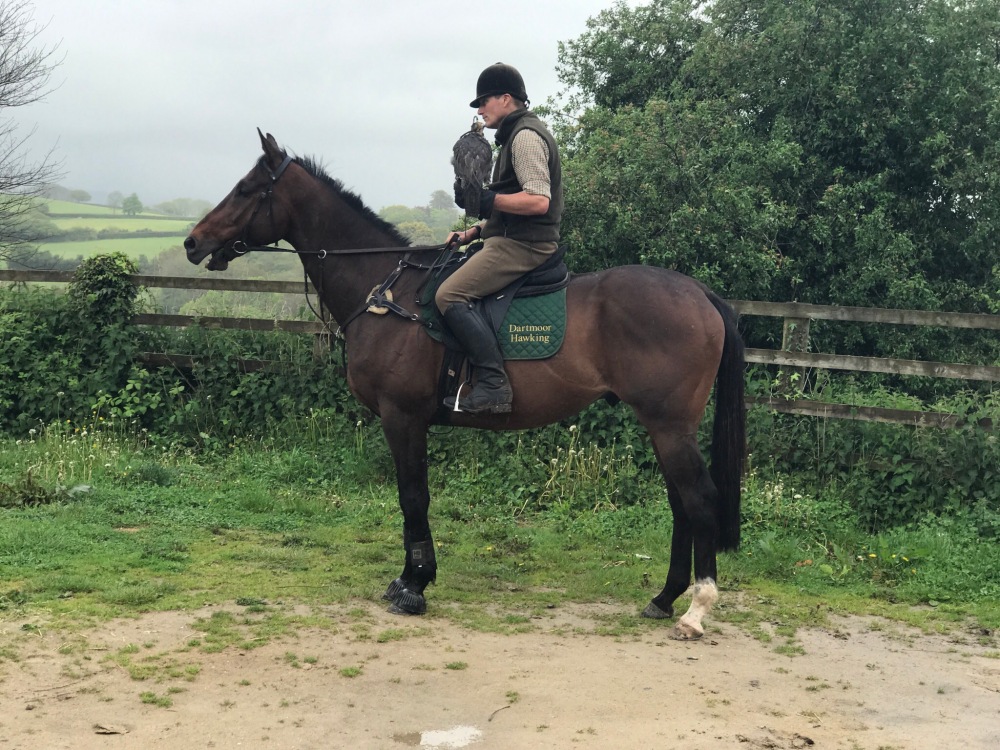 A couple of days and I jumped up and rode him round with dusk on board, on the glove she’s a very settled girl, easy to carry and will sit through most things if a horse decides to get all dramatic.

Weeble didn’t, so we moved on to bigger things, keeping Tommy present in case we needed a responsible adult

Still everything went smoothly so we decided to fly Artemis from him. Despite her size, her 7’6” wingspan she’s a good starting point with hawks in the air as she’s flying away by the time they may over react.

He was proving to be fine so now the hard work starts, flying falcons to the lure, this involves a falcon coming in at high speeds from all direction whilst I try not to Wack him in the head with a lure

Again he took to this well with the odd duck

But this is all very well but what makes the difference between an adequate falconry pony is attitude to the hawks and everything that goes on when left to their own devices, Tommy has it and so does the Weeble as can be seen, after all the drama of his first lure session, including being whacked by the lure, dusk clipping his ear and the dogs getting under his feet this his him at the end of the session

His attitude has been so good he’s doing his first main ring display in July the 8th at Liskeard show, only just over 2 months after his arrival and if that goes well the equine arena at the game fair at the end of the month ( with Tommy baby sitting on both occasions)and will be in the field with the Dartmoor Falcons in August

Owner, director and general dogsbody at Dartmoor Hawking and The Recycled Racehorse Falconry Team View all posts by Martin Whitley